The Irish Times
By Gordon Deegan 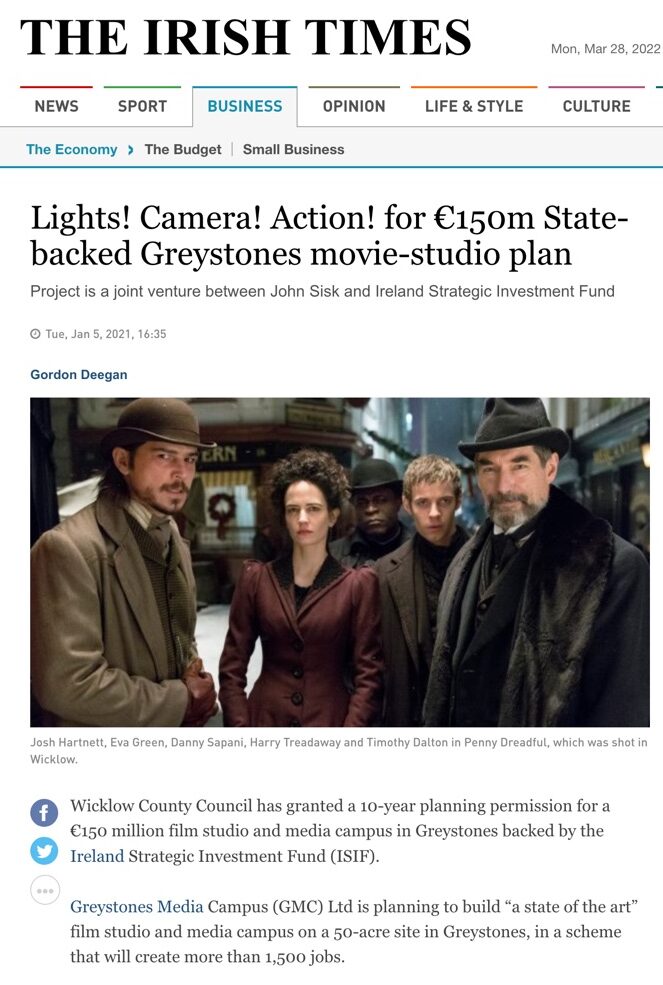 Greystones Media Campus (GMC) Ltd is planning to build “a state of the art” film studio and media campus on a 50-acre site in Greystones, in a scheme that will create more than 1,500 jobs.

The project is a 50/50 joint venture between construction group John Sisk & Son Ltd and and ISIF, a State agency that operates under the umbrella of the National Treasury Management Agency.

Ardmore Studios and Ashford Studios have already put Co Wicklow at the centre of the Irish movie and TV industry, with productions including Braveheart, The Tudors, Penny Dreadful and Vikings shot there.

The promoters of the venture say GMC will capitalise on the growing demand for content by streaming services Amazon, Netflix and Hulu, and more established operators such as HBO and Disney.

Full coverage from The Irish Times